Hats off to Rene Rivera for taking charge behind the plate. Plawecki’s not hitting. TDA is dead. Rivera’s skills as a defenseman and game manager make him #1 in my current depth chart.

We’re not hitting. Without Cespedes, we’d be under .500 but hey we got him so it’s all good. Neil Walk-Year hit a solo dinger and we won 1-0, thanks to bounce-back performances by Harvey and Familia. They’re not all the way back, but this was a promising first step. If Harvey is the Dark Knight again, and Familia is the closer we know he can be, we’re back on pace for 100 wins.

It’d be nice to see more hitting–situational hitting, bunting, keeping the line moving, etc. Let’s see if Loney can provide that for us. 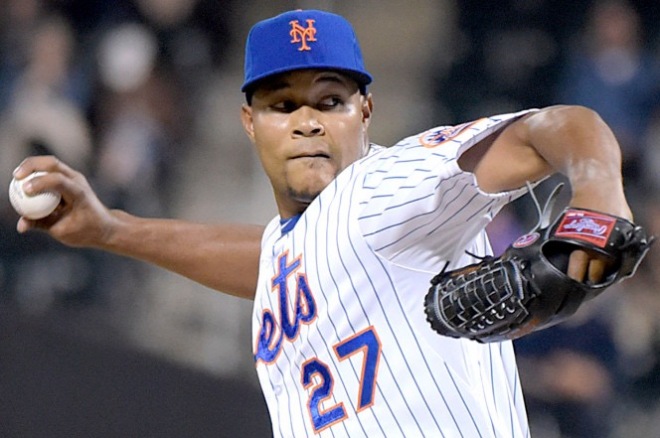 Soooooo we could’ve easily swept this series, huh? And instead, we lose ANOTHER home series?

Say it ain’t so, Jeurys. You are the CORE of this team!! Granted, it was another NON-SAVE situation (cough Terry cough cough) but you gotta get fired up. We had a chance to win on a day that Kershaw pitched. You can’t let that slip, especially a day after we were cheated out of a win by an umpire who is hopefully in jail. Has he refunded everyone’s ticket yet?

Wake the fuck up, Mets. It’s a long season. Familia’s ERA is over 4, the bullpen had an ERA over 9 for this series, and we’re STILL NOT HITTING.

Flores came back just in time to go 0-3 (though it was Kershaw so whatever).

Oh and by the way, Wright is likely headed to the DL. Shocker!

Hoooooly shit that was rigged. How can that be allowed? Thor just got tossed no warning?!?! He threw behind Utley. Big whoop. Insane. Absolutely insane. With Doc Gooden in the booth, too. Fuck this ump. He should be fired.

The ump should have to refund everyone’s ticket. On ’86 30th anniversary night! Choooof.

’86 Mets tell em to get rowdy. Channel that rage. Get mean. The league doesn’t want to see you win. Fuck them. This was undoubtedly the worst call in baseball since the Utley slide from last year. Rally behind it. Regroup.

The Mets have acquired first baseman James Loney in a straight-cash-homie trade with the Padres. He only played for the Padres’ minor league team. Oops. Well, I guess this means Duda is officialy D-E-A-mofuckin’-D.

Good. I’m good with it. I still would’ve liked to see Lagares in CF, Yo in LF, and Conforto at 1B, but whatever. Moves. Moves. Moves.

You don’t bring your closer in when you have a big enough lead that you don’t need him. End of story. Non-save situation ONLY if it’s tied or you’re losing and need to hold them. Never with a 4 run lead. Never ever. It was Wagner’s kryptonite. Fuck Collins. Jeurys Oy Vey I think he’ll be fine but oy vey.﻿

Taking 2 of 3 in WSH was nice. I forgot something: our hitting doesn’t need to be the best in the league. It is our pitching that will carry us. Our hitting being excellent would be an A++ perk, but if it is good to very good, we have a shot at the title.

We honor the ’86 Mets this weekend. I hope they tell our boys what’s good. It’s all about grit. Maybe don’t emulate the rampant drug use, but otherwise you want to be like this team. No friends. No bullshit. Unite under the goal: championship over all.

I love the clubhouse chemistry (horses and all). I don’t always love the performance (Terry, David…) but the chemistry is there. Now we just need the ’86 GRIIIIIIIT. 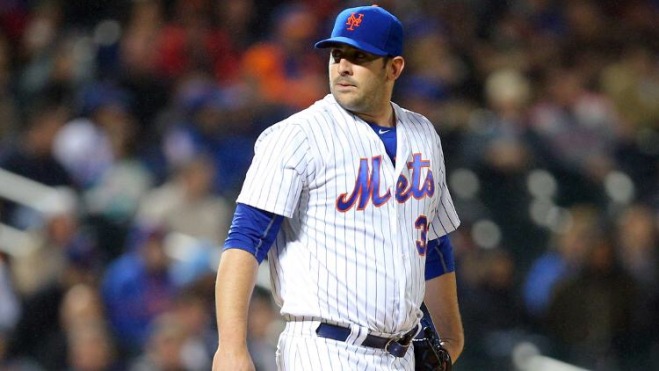 Pray for Harvey, yes yes. Tommy John takes two years. This is what Strasburg looked like for a while, too. It’ll be fine. DL him and let him recover.

But what about this lineup?

It’s not that sweet! Soup hit a meaningless dinger. But we’re not scoring. Pray for Duda. Pray for TDA. This lineup is NOT the juggernaut that our “on paper” lineup was. This is trouble. The Mets are looking into James Loney. Do something, Sandy! We really aren’t scoring. And we know TDA is dead forever.

Eatin up lefties as always! Beatin up Gio as always!

Grandy in instead of Conforto? Pushing all the right buttons, TC. Let the kid play, dammit. Even if Grandy went 4 for 4, it’s still the wrong call. Glad he took one for the team. Ended up scoring on Cap’n’s blast. The hbp rattled Gio. Well done, Curtis. I know why TC loves you batting leadoff. We all do. But Conforto needs to be out there somehow someway keep coming up with funky new shit like every single day.

Even Soup got a sac fly. Choooof. Unless they move Conforto to 1B or let Ty Kelly (the new Jelly) play, I think we’re stuck with Soup. Pray for him.

Thor is a god? Nice.

Mets not really hitting against doodoo Brew Crew? Not nice. Got the sweep? Yeeeeeeah buuuuuut we didn’t hit well.

Duda getting a 2nd MRI? Not nice. DEAD! TDA also dead. Wright dying. Way to walk it off on Saturday. 3-0 cookie yum yum. Hardest hit ball I’ve seen off his bat in a while. Pray.

How bout Conforto plays 1st, Reynolds plays 3rd, and Lagares plays CF? That might not be so bad. I’m a 1B/LF and it works for me so it’ll work for Conforto. We are kin, yay.

Thanks to Matz for being an ace.

Thanks to Conforto for being a stud.

We still can’t hit for shit. We couldn’t score if we had a hot date with a babe…I lost my train of thought.

Got the W but against the Brew Crew? This shit? This shit stinks! Soupman in the lineup every fucking day no wonder the Mets blow…