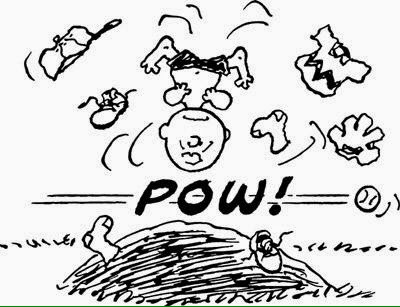 God fucking dammit the Mets blow. Conforto is dead. Hit in the wrist and the injury was mismanaged, of course, and now he’s dead. But where was the retribution?! This is part of it, people!! It’s not just on Ramirez. Teams aren’t scared of us! They can hit Conforto no biggie! Hard slides (Utley-Tejada lolz) on em? Sure! The Mets are soft! We should’ve beaned Posey. At least plunk somebody! FUCK!! Coach Wally wouldn’t let this shit fly. Conforto for fucks sake! On a 3-2 pitch.

Gsellman’s best contribution to the team this season is that he got hurt (dead) today and said, “we’re dropping like flies.” I like it. Really callin’ out the shittiness. They’re so bad. Ray Ramirez should be arrested for genocide.

Well this is something. First and foremost, FUUUUCK this team. Everyone wants out. Who would want to work for the Wilpons? Dru’s just saying what everyone’s thinking.

Collins couldn’t wake the team up. Dru did. Thank you, Dru. Thank you for publicly humiliating everyone. It’s just what the team needs.

The truth is that the Giants’ pitching is atrocious–almost as bad as ours–and that’s why we won last night. But I’m glad to see a player publicly complaining about how much the Mets blow, particularly the ownership/front office. I mean for fucks sake we’ve got Montero (yes, THAT Montero) starting on Sunday!! How could you NOT want off this team??

Remember when we didn’t sign Murph? All-star hitting be damned, he can’t play defense! Well guess what? That’s true. He really can’t. Who did you we trot out this past weekend? Wilmer “Fire Hydrant” fucking Flores. Amazin’! Good thing we sured up that defense.

Also, we hit 4 dingers off a very comfortable Kershaw last night. Good thing we have the best rotation in team history to back those dingers up!

The thing is, he knows it, too. 4 for 5 with a dinger just isn’t enough for this team. Gotta hit 5-run dingers. Probably gotta pitch, too.

Today, deGrom looks to avoid being swept by scrub-a-dub Joe Ross. I’d say it’s a must-win, but really WHO CARES?! The Nats don’t have the full-blown staff depth that we do! …Oops. Oh and Cespedes isn’t even playing! Get your brooms out!

Notice how casual the Nats are. This isn’t a rivalry. They don’t care. We could stand to reignite the rivalry by plunking Murph. But we won’t. Lifeless team. And we’re not good enough. We’ll never be good enough with Ramirez & the Jewpons. Ooooh this is such a lost season. It’s so sad. Good thing we’re a 2nd half team!

Welp, it was fun while it lasted. I’m excited to see the Mets mismanage this one.

Oh Lord we pray for Him.

Why has anyone been watching? Really, we know how this works. We know the Mets. We ARE Cespedes. Learn your fucking lesson. Keep the training staff the FUCK away from him. Cespedes is all that matters. This is a legitimately optimistic post because the Mets actually win games when he’s healthy. 2 straight postseasons with 1 and ONLY 1 reason: Yo.

Do youz guyz even remember that? Searching for answers in a “lost” season. Even bothering to watch this trash fed to us by Jew snakes. Cespedes or we blow!! Every other conversation about “oh why is so and so strugg-a-ling” is a waste of breath. Jewpons are a plague and Yo is the only one with some kind of antibodies. He’s Wolverine AND Hulk AND Jesus (mah fav comic book hero) mixed in one. How have you all forgotten this? I feel like I’m taking crazy pills.