Well, we got swept (4 games) at Wrigley.

The Reds suck ass. The Cubs don’t. So we’ll see what happens. Murphy is back in the lineup, and immediately batting cleanup. No surprise there. A guy that can hit! He can hit a little bit! CLEANUP!

This series should be a nice display of their infield (Rizzo, Castro, Russell, Bryant) vs ours (a rotating cast of clowns, none of whom will be on the team next year other than Duda, who is slumping to shit).

We could’ve had Castro. Or Russell. But naaaaaah, we’ll go with Tejada and Soupman. YAAAY! 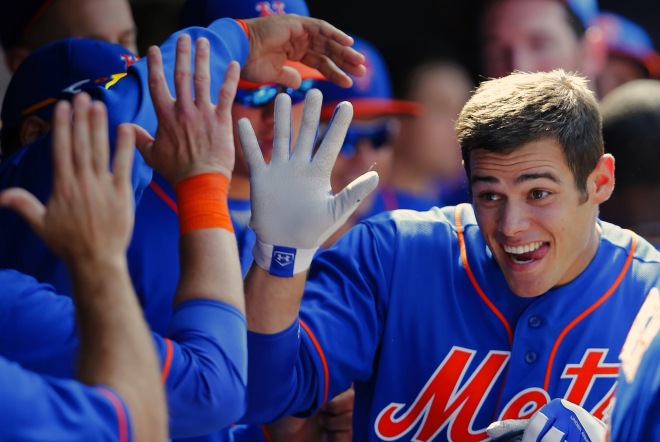 Anthony Recker (him?) hit two dingers or some shit like that in Vegas and was named the Pacific Coast League Player of the Week. Metsblog and others reported on this, saying that Recker was, “sending the Mets a message.”

Indeed! A message! And the message is: The pacific coast league is rec league intramurals. Pacific Coast League, featuring such teams as the Vegas 51s and the Stanky Doodoo Farts.*

Thank you, Anthony, for showing once again that our AAA team is the worst measuring stick of talent in baseball history.

*The Stanky Doodoo Farts, the rec league softball team that I am the player/coach for, would take Anthony Recker. We don’t want him. We don’t need him. But we wanna win, so we’d take him. Barely.

Everyone in Metsland aka Liarsville is saying Murph will be back tomorrow.

Look at how they don’t actually lie. Look at their carefully crafted, well articulated bullshit talk:

“Murphy is expected to return Tuesday.”

“Murphy is set to return tomorrow.”

“Murphy is preparing to rejoin the team.”

Ooooh, those snakes. Just like he was EXPECTED to play last Saturday, and the Tuesday before that one.

And note how they subconsciously put the onus on the player. Like, “oooh he’s expected to return. So if he doesn’t, it’s really HIS fault, and not the fault of our completely inept organization and medical staff. We expect him back.”

Don’t believe a word from any Mets press. Only Metsblow. We are the truth. They are all members of the Ponzi scheme. Don’t be fooled. Murph is dead. Believe he will be in the lineup when you see him in the batter’s box, and not a moment sooner.

“Jose Reyes is expected back tomorrow.”

Well, Grandpa Matz is stunned. Rightfully so. Nobody, not even his family, should have to witness a team where their pitcher son is the best hitter on the team. But here we are.

I thought the Mets should concede game 1. I knew we’d never score and I’d rather lose in 9 than keep Matz waiting and screw him up for life. I was wrong. The extra waiting made him nervous and he let up a leadoff dinger, but he settled the fuck down and mowed em the fuck down. We’ve got another live one!! He also claimed in the postblow that the extra waiting didn’t have an effect, but that was just him not wanting to throw his team under the bus.

The theme of this double header was “pitching.” But really, the theme was, “the Mets are trying to be aggressive on the base paths because they never get hits but they’re also slow as shit so they’re out every time they get aggressive.” And by aggressive, I mean blasting balls into the corners and being thrown out by a mile trying to “stretch” it into a double. Blame the slippery field if you want, but we’re slower than a turtle with downs. And not a ninja turtle, neither. Reyes would have had triples off some of those balls. Oh, except Herrera. He basically won the 1st game with his baserunning. He’s fast! He’s 20! All in for 2017 lineup!

Game 2 was the first time in SIX DAYS (six!) that the Mets reached the MOUNTAIN of a milestone of scoring 3 runs. And the game six days ago, they lost 6-4. And before that, there were 3 more days of 2 runs or less. So for 8 out of their last 10, they’ve scored 2 or less. And a no hitter (shutout) two days before that. That’s the craziest stat I’ve ever seen. And we at Metsblow say, “that’s the craziest stat ever” routinely.

Oh and 1 of the runs today was unearned. Oh and we had the bases loaded and no outs but didn’t score. 3 runs was seemingly the HARD CAP for our employees. BUT WAIT! Matz had 4 RBIs. So our lineup reached their 3 run cap, and our pitcher got 4. Astounding. Our pitchers are our best hitters and should play the field on non-pitching days.

In the words of Grandpa Matz, “HOLY SHIT! HOLY SHIT!”

Off day Monday. Cubs in town on Tuesday. We played a four-game series against them at Wrigley in May. Guess how many games we won. Go on, guess. I’ll wait. It rhymes with Masahiro*.

*All might be well in the universe, because Tanaka is getting shellllled. I can’t believe he didn’t get TJ. I don’t understand training staffs/cosmic forces/God is a Yankee fan, but one thing I know is that everyone on the Mets needs TJ. 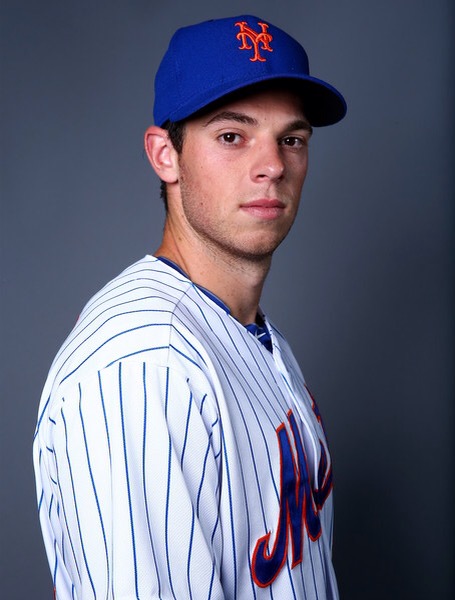 After scoring 1 run for Harvey, I predict the Mets will SURGE and get 2 runs for Matz in his ML debut.

First, they will finish last night’s suspended game (due to rain and due to nobody wanting to watch anymore).

We had two hits. Two fucking hits. We’re the suckiest bunch of sucks who ever sucked.

2010 was Minaya’s last season. Let’s see how the “maverick” Sandy Alderson has fixed our inept offense. No further commentary is necessary.