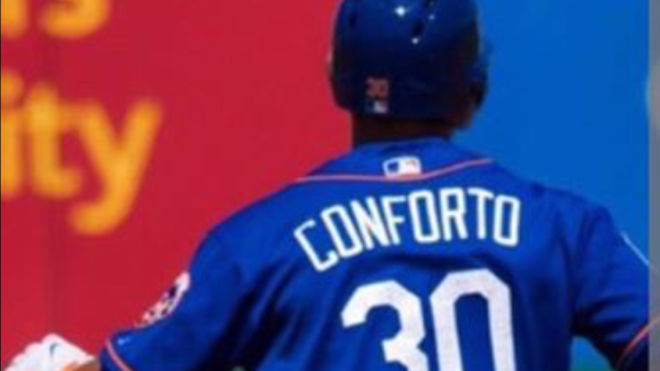 Lagares dead? Duhhhh. Expected. Obvious. He has no place on the Mets and why would want any value out of a gold glover? Plummet that trade value, boys.

So now the Mets are gonna have Conforto rot on the bench instead of getting his reps in the minors. Both answers are wrong. We should’ve traded him two years ago for Arenado. Now the Mets are in his head. Bumgarner and all lefties are in his head. Hey, wait, that’s fucking baseball! If you can’t deal with asshole owners and asshole pitchers, you can’t be a ballplayer. So get tough, get your bp in, and make the most of your starts. A crowded OF is good. Be a fucking major leaguer. Spell Grandy because he’s old. I’m glad Bruce wasn’t traded. I’m glad Conforto wasn’t traded (for anyone other than Arenado) and now, thanks to a “lucky” injury to Lagares, the incompetent brass is forced to make the correct move.

I guess I’m not too mad about Fam blowing his arm out in March because he’s gonna get suspended anyway. That’ll give him time to recouperate.

While we’re at it, TC is a fucking moron for bringing in Fam during that WC game while tied. Save situations only, you dingbat. Even I defend Terry when it comes to most shit being the Jewpons’ fault, but for fucks sake, learn to manage the arms, leatherface!

Salas can’t legally play with the Mets because of problems with his work Visa. Andelay, Los Mets! Well it’s about time Trump did something right. Let’s ban these Mexicans once and for all, right holmes?

Salas, which sounds like a Mexican dish–some kind of salad salsa, will be playing in the WBC for Team Mexico. Adios, muchacho!

Apparently, it’ll all be fixed before the season starts. But knowing how lazy Mexicans are, I’m sure Salas will just siesta in his hammock with his sombrero tipped over his eyes and his poncho gently swaying in the breeze rather than applying for a new Visa. Hopefully, the wall will be constructed by the time Salas is set to return and he won’t be allowed in. We can replace him with a red-blooded American who can’t do the job nearly as well and demands higher pay. Vamanos, Los Mets!