Soft serve indeed. The softest. To put into perspective how awful that start was: Montero was better. Congrats, Raph. You’re no longer the worst pitcher on the team. You’re still the most disappointing, but that’s mostly do to media hype. I guess the media didn’t feel the need to hype up The Ice Cream Cone in quite the same way. Milone pitched to Trout like he’d never even heard of him.

We were on such a win streak, too. Sad!

Soooo the Mother’s Day game (fake holiday) was the worst game of the year. No question. NO QUESTION.

Until today. Today was worse.

Before coming to bat in the 8th, I liked how SNY showed highlights of Goldschmidt teeing the fuck off on Robles. He then proceeded to tee the fuck off on Robles. But wait! It gets overturned and it’s just a double. Finally, a lucky break! Well now we gotta face Lamb. And he hit a dinger last time up. We’ll pretend it’s because 1st base is open and IBB him. Now Tomas. Who the Mets should have signed. And he TEES the fuck off. Oh and then there were like 4 more home runs. Off of multiple relievers. They all fucking blow. Highest ERA in baseball! Terry blew em all out by mid-May.

I still can’t fucking believe deGrom got pulled on Sunday. I guess it’s over and they’re saving him for next year. It’s alllll over people. Pray for Yo Rising. 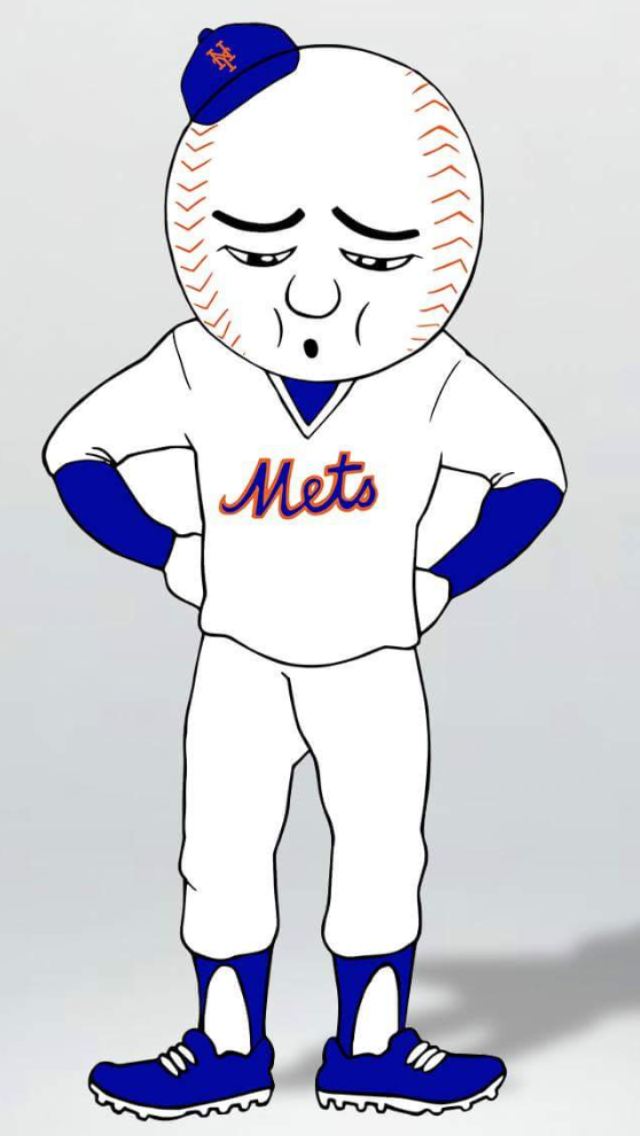 Dear Jeurys Familia: FUCK YOU. I know this clot is WBC related.

Dear Mets: FUCK YOU. Can’t put it all on Harvey. The Mets got little leagued so hard last night. How old were you when you learned about the 1st & 3rd delayed double steal play? 7 years old? 8? Unfuckingbelievable!!! Simply amazin’. And with Villar on 3rd. Wow. The absolute littlest of the little league plays. That takes getting outcoahed to a whole new level.

Familia is dead. Miss him miss him miss him. Blood clot. Wow. Dillon Gee had it and missed a season. Just take him out back and shoot him. It’s in his punching shoulder, too, so his wife should be ok.

Ban pros from joining the WBC. Ban pros from going within 100yds of Ray Ramirez. Ban any press or speech suggesting that the Mets will ever have a healthy, normal, exciting, fun season. 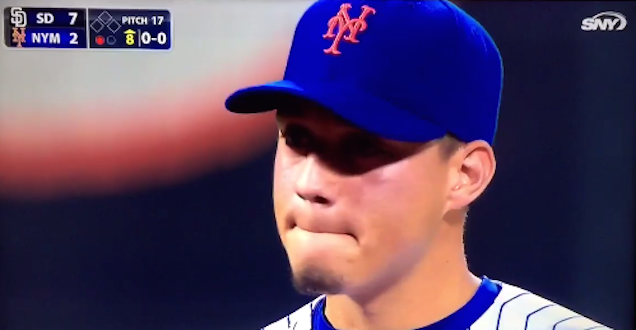 This is a kind of nice reminder of why it’s ok that we don’t have Murph anymore. Nobody could’ve predicted the .350 BA (juice!) but one thing we KNOW is that Dru & Walker execute (double) plays. Flores & Murph? Not so much.

Flores should never play the field again. I wish him well. I really do. He’s hitting. Maybe 1B? I guess? But holy shit, nowhere else ever again! I said that years ago. Nobody listens to reason. Metsblow.

Why put Dru on the 10-day DL when you can list him as day-to-day and play shorthanded (and shortthumbed)? He was only writhing in pain. I’m sure it’s nothing! Not like we’ve had problems in the recent past with failing to put injured players on the DL and thus exacerbating their injuries.

Why blame the organization when a kid gets out of line when you can just blame the kid? After Doc & Darryl, you’d think the Mets would consider chaperones or something, but naaaaaah, we don’t need to protect our billion dollar blue chips.

Poor, poor Travis. Just keeps on dying. Mets disease is the realest. I wanna say, “I told you so” when I wrote that the Mets should’ve traded Matz & TDA (and I think a minor leaguer) for Arenado, but Arenado would’ve died, too. Rockies probably would’ve baited & switched for Thor, anyway. Well, he’s dead, too.

They all blow. It’s really not fun. Mets went 4-2 on that road trip with an ERA of 8. The starters! The precious starters! Montero tonight. Rocket launcher engaged.

Like Loading...
You won a game…against the worst team in the league. La dee freakin’ da. Everyone is praising their resiliency. Everyone is ecstatic that the ship has been righted.

Ummmm, the ship will not be righted until Ray Ramirez is thrown overboard. And the Jewpons, too. What kind of videotape do you think Ray has on Baby Jeffy? Is it him calling someone, “niggerfaggotcunt?” Is it him raping a male toddler? Is it him in Carcosa ceremoniously sacrificing virgins? How the fuck else can you possibly explain Ray Ramirez still on this team?!

The Mets have NEVER–not for 1 day–had all 5 of their young guns active at the same time. But why pay Tolo?! Retards. The reason Tolo stayed healthy was because he’s a vet with his own doctors. At least there’s no more Turner Field. At least Reyes is getting it going. He’s likely to get hurt next.