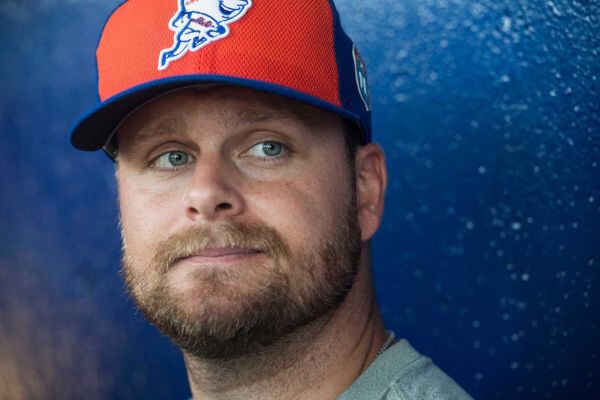 Duda's face after watching a replay of the throw home he made in Game 5 of the 2015 World Series.

Duda traded. Great. Sad for a half second. Did we get a good return? Well, Drew Smith is a reliever, so regardless of his stats, Terry is sure to blow his arm out. It doesn't matter.

The bigger issue is that Dom Smith was not called up. Why not? It doesn't even hurt that kike Jeff Wilpon's wallet. So what the fuck? I guess it's Wilmer time at 1B? I want to rant and rave about how retarded they are for not bringing up their 1B prospect (that every scout has deemed ready) but the truth is, in this meaningless season, I like the idea of keeping Dom as far away from Ray Ramirez as possible. As important as major league experience is, the Mets are not a major league team, so it's a moot point.

Bonus Blow: Flexen has somehow made Monterrible a middle-of-the-rotation starter by default. Wow! The depth!! Horses in the stable! Montero wouldn't get the bump for my softball team, and here he is in the middle of the Mets' rotation. Remember when he was a shining prospect of hope? Pray for Dom and Amed.