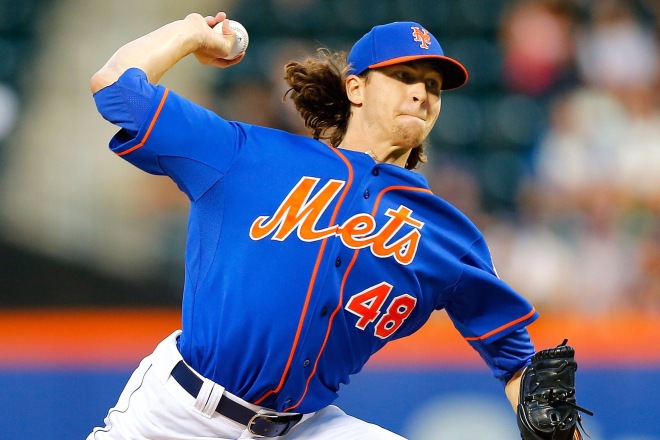 What a gem for deGrom. 2 hits, 8 scoreless innings. What a way to respond to the Allstar nod.

Parnell fucked up, and potential all-star Familia bailed him out. He gets another save.

deGrom is the best shortstop on the team, bar NONE. He’s a better fielder and a better hitter than anyone we have for that position. It’s not a joke. It’s a fact. Start deGrom. He was responsible for the bulk of our offense today.

Soup hit a dinger. The first non-Grandy dinger in about a fucking month. Contract extension, anyone?!

Plawecki is seeing the ball. Not “seeing the ball better.” Just “seeing the ball” for the first time since he got vertigo. They were putting him out there (because TDA is glass and Recker is dogshit) with vertigo–as in, a dude who is the equivalent of 30 beers deep and isn’t named Wade Boggs–because that’s what it’s come to. Hopefully Plawecki can be the guy from here on out. He’s seeing the ball! What an advantage!

So the Mets took 4 of 6 from the NL West’s best. Our pitching really is THAT good. And our hitting really is THAT bad. An average offense would have us winning 100 games this year. Instead, we’re in panic city, likely to go 81-81 at best. Best pitching + worst hitting + no fundies = under 81 wins.