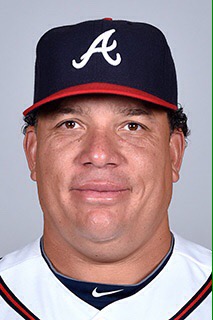 Losing to the Braves?

deGrom (or Harvey or Santana or Seaver or really anyone in team history) with an elite start and not getting the W?

Stop me if you’ve heard this before. God that was something. I forgot how fucking thrilling Mets baseball can be zzzzz. And it’s not that I don’t like a good duel, it’s just that when you see Met after Met striking out at pitches over his head (including that atrocious game-ender by “he’s so back!” Duda), it really blows.

Oh and also I’m hearing lots of  “expert opinions” about how it was surprising that Colon walked a batter. It’s called smart pitching, you retarded faggots. It was Cespedes. That’s what you do. Our lineup isn’t stacked. It looked like dogshit today, it’s pretty decent on paper, and it’s that classic “this is THE GUY” lineup. Smart, ego-free vets like Colon don’t give a fuck about metrics and ratios. I can’t believe these nerds get paid to analyze baseball. Sad! At least the former players have an inkling. These fat or dweeby or fat and dweeby guys (and girls) that talk about, “whoa, an uncharacteristic walk from Colon!” are on another planet. They don’t know baseball. Their ignorance is astounding. As we are here at another new season, let us remember the reasons why I am here–why I was FORCED BY GOD to be here: 1) The Mets blow and it must be exposed from the top down. You have me to thank for putting the pressure on the Jewpons to get (and re-get and again re-get) Cespedes. 2) Metsblog blows as do all other forms of Mets baseball coverage. GKR are awesome. But hooooly fuck the whole collective state of analyzers and commentators and bloggers on tv and on the web and in print are the sorriest bunch of braindead PC pussy talentless wannabes ever. They don’t know the Mets. They don’t know baseball. They have no idea what they’re talking about. It’s embarrassing that the Mets get represented that way, but hey, the Mets blow, so it makes sense. As usual, Metsblow remains your only source for real news.