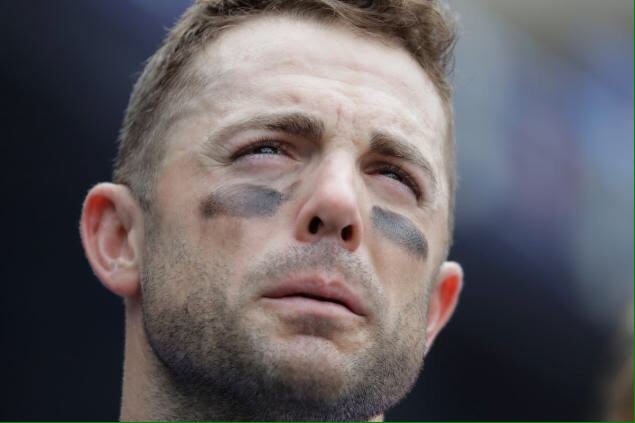 Uhhhh…so? How fucking fast asleep are you people? I told you guys he was dead years ago. You actually bought Opening Day tickets expecting to see Wright at 3rd base? Hey, maybe he’ll be there to shorthop balls to 1st that Duda can’t scoop. Oh, wait, Duda is dead, too.

Should we have traded the farm for Arenado? Absolutely. But it’s too late for that. Pray for Reyes’ health. Anyone who thought Wright would be playing 3B this year is a fucking invalid just like David is. Grow up, kids. Captain America has been dead for years. We love him. All-time Mets great. But holy shit, focus on 2017. We don’t really have a backup for the injury-prone Reyes. Wilmer? Ha! I’d rather see Wright out there with a broken spine. He’d still be quicker to the ball than Wilmer. Mets blow.