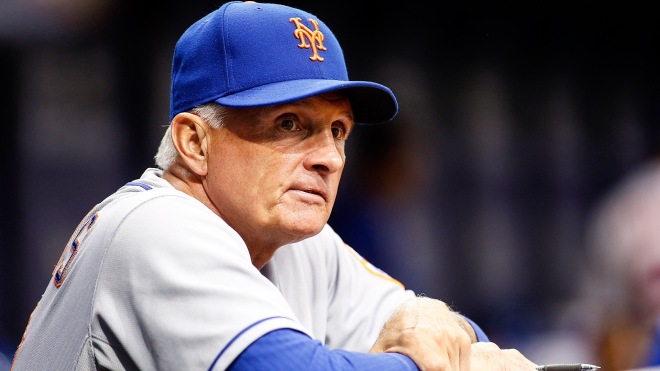 Terry took a lot of heat for calling this game a must-win and for saying the reason it was a must-win was because the media is picking on them.

1) Agreed. The media garbage fake news is infuriating. They’re ravenous. They’re insatiable. They’re out for blooooooood. They just take quotes out of context and run with it. It’s insane. The Mets should ignore all of it. The media entraps these guys by for if them to talk when they don’t want to and then getting mad at what they say. Damned if ya do, damned if ya don’t. It’s disgraceful.

2) The thing that people should be on Terry for is putting Henderson in. TC has had problems with this before. I hate it. Know your arms. Henderson has no business in this game. You talk about how it’s a marathon, so treat it like one. Every year, TC picks a blood sacrifice out of the pen and just ruins him. Don’t pitch him into the fucking ground, guy.

3) We’re not hitting. Bats are ice cold. Get in the cages and go to work.

4) Campbell got demoted. Hooray! All it took was deGrom getting hurt and Terry burning out his pen in April for us to need to bring Montero up in favor of shitty Soup.